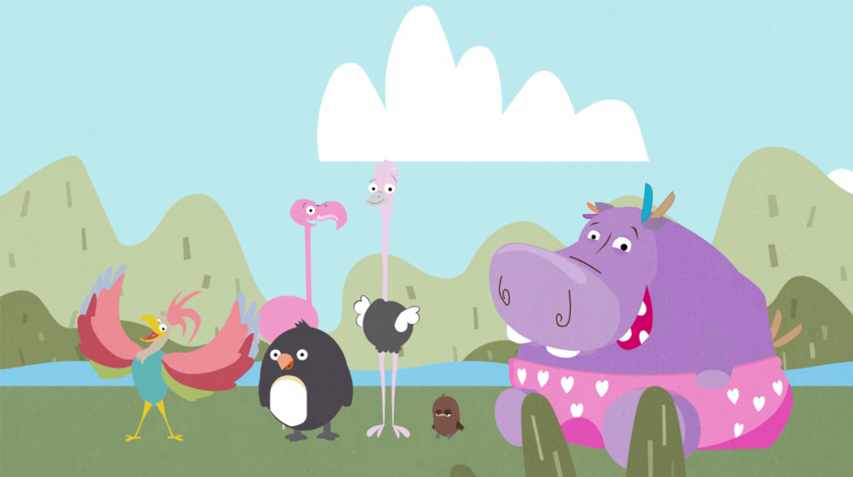 If there are little ones in your house, you might already have seen the big new event of the summer in children’s television: The Let’s Go Club. Saturday mornings on Cbeebies are now filled with fun things to do, make and learn thanks to the show, not to mention some very weird dance moves which we can only applaud and take to the dance floor ourselves!
We’re happy to say that here at Chog Zoo Animation we animated the “Fact Finding” segments of the show. We have undertaken the odd bit of broadcast work in the past, but mainly title animations and pilot animations; this marks the first time we’ve delivered full scenes of character animation for mainstream broadcast television. We’re very excited to say the least. The show is going down a storm too, The Let’s Go Club is currently the most popular ‘Join In’ on the Cbeebies website, and the two episodes that have aired so far have been featured as the Radio Times 'Children’s Choice'.

Challenges and Rewards
↑Back to Top

Insert copy here, which should vary depending on your region. Accept